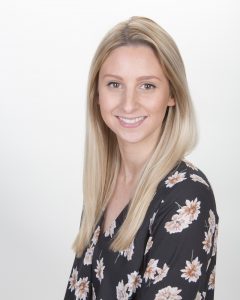 e creation of the PEP from £2,400 (in 1987) to a current £20,000 (2019/20) per annum. To this end, savers have been able to accumulate large sums into ISAs over the years. Traditionally on death, an ISA status would be terminated, resulting in a loss of the valuable tax-friendly ISA ‘wrap’.

In the 2014 Autumn Statement, the then Chancellor – George Osborne – announced that an existing ISA could be inherited by a surviving spouse or civil partner in the form of an increased ISA allowance. This is known as the Additional Permitted Subscription (APS).

At Thomas and Thomas, we have long championed the merits of ISAs due to their tax efficiency while investments are growing and also upon withdrawal. ISAs are not currently subject to income or Capital Gains tax. We were, therefore, pleased that this benefit would no longer be lost if a spouse inherited the portfolio.

Here I will look at some of the key facts and technical issues involved in making use of an APS.

Unfortunately there is a time limit to claiming an APS. This could be particularly difficult during a time of grieving. A stocks and shares APS must be completed within 180 days of the distribution of the assets to the surviving spouse. For Cash ISAs the time limit is three years after the date of death, or up to 180 days after the administration of the estate is complete, whichever is later.

To inherit an ISA, the spouse must have died on or after the 3 December 2014 and they must not have been estranged or separated from their spouse at the time of death.

APS and the Current Annual Allowance:

The APS is separate from the ISA allowance (currently £20,000 for the 2019/20 tax year). The surviving spouse or civil partner can use their ISA allowance in the normal way, in addition to any APS.

The value of the APS:

APS allowance subscriptions (referred to as APS payments) can be made to either the deceased’s ISA provider or with an alternative ISA provider that will accept APS subscriptions. Not all providers will do this.

An APS can only be transferred once and only where no APS payments have been made under the allowance. But, after an APS payment has been made, the cash and/or investments related to that subscription can be transferred to another ISA.

Each ISA held by the deceased, creates its own APS allowance for the survivor. The survivor then has two options – they can keep each APS allowance with the existing ISA provider, or they can transfer the whole of that APS to a different one. Each individual APS amount cannot be split between different ISA providers; it must remain whole

ISA providers will require key information and personal details from the spouse/civil partner to open a qualifying ISA. They will also require an application form to use the APS allowance.

The APS ISA allowance is extremely valuable, particularly where large ISA portfolios are concerned. It is wise to ensure that the executors and your financial adviser work swiftly together in order to protect these allowances for a surviving spouse.  If you would like to talk anything through in regards to this important allowance, just let us know.