Why are the media ‘pounding’ Sterling? 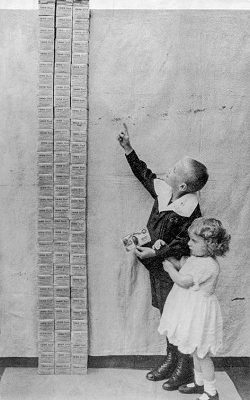 Katy Owen considers the good the bad and the ugly:

Right now, you can’t get two minutes into a news broadcast without hearing about Trumps’ latest antics or that the pound has fallen. News was never cheerful, but why are the media currently so hung up on a falling pound? Is it really bad for Britain?

We have faced some tough questions about the currency devaluation lately from several of our clients. They are concerned that it will impact their investment portfolios. To this end, I decided that I would write an article to try and shed some truths on the sterling situation. I thought I would call it ‘the good, the bad and the ugly’. I shall deal with it in reverse order:

Ok, so currency devaluation on an extreme scale can be horrific for the residents of the affected country. You only need to consider the plight of the Argentinians in 2002 or the Weimar Republic in 1923 to recognise that a currency with little worth can usher in hyper-inflation. Images from the history books of hungry citizens wheeling barrows of cash to buy bread come to mind as we consider the terrible impact that a global lack of trust can have on a currency.

However, we are not currently anywhere near the ‘ugly’ status. Indeed, the Pound is still regarded globally as backed up by one of the worlds’ strongest economies and a government that honours its debt. Suggesting that we are anywhere near this situation is pure fantasy.

The real downside of a weakening currency (from a very strong position globally) is that you start to import inflation. Sadly, we British still love cheap goods, especially foods. We collectively demand low cost farmed goods that are grown and reared abroad. If the pound has just become worth far less against the Euro – our imported food costs will rise. My estimate is that we shall see the reality of this in our shopping trollies around Christmas time as many supermarket quarterly price promises lift.

It is not just food markets that suffer with a falling pound. Our small UK based industries also struggle if they are importing raw materials to develop here and then sell. However, part of this cost can be recouped as they seek to export.

The other consideration with rising inflation is that wages may then be forced to rise in the UK. This may become further aggravated by the reduction in cheaper labour availability. If wages rise, the Bank of England will move to narrow the money supply in the system to try and stave off the ‘ugly’ situation. This means rising interest rates which in turn affects mortgages and fixed interest securities. I think that we are some way off from this impact at this stage.

In 2008, the Great Financial Crash fired up a currency war. This saw an unprecedented race to the bottom as countries like America, Germany, Japan and China all sought to devalue their currencies. Why on earth would they do this? The answer is simple – to export more cheaply and fire up their economies.

If you have been a German exporter for the past decade, you have enjoyed a weakened Euro against other global currencies. You probably can’t get enough negative news about Greece etc. because a weak currency means other countries flock to buy your goods. Germany and Japan especially have been locked into a battle to outdo each other in this field. Japan has spent vast amounts of capital via its ‘Quantitative Qualitative Easing’ (QQE) programme to try and get the edge through a weaker currency.

Brexit did all of this for the UK overnight without the need for any expensive QE programmes. If you had been planning this as the outgoing Chancellor – you could try and claim Brexit as your masterstroke in reigniting Britain’s position in the world as an exporter.

We referred to this possibility way before Brexit in our article: https://www.thomasandthomasfinance.co.uk/latest-news/financial-planning/by1ctul2wd.html. Here Darren made a ‘best guess’ at the currency devaluation that would occur and the positive opportunities that lay within this for investors.

Our UK listed companies really gain from a weakened pound. This is over spilling currently into the stock exchange as many FTSE 100 companies bring back their global profits into sterling. Since the EU referendum results in June, the FTSE 100 is up over 11%.

I believe that Tourism could benefit hugely next year in the UK as foreign visitors come to spend more here and UK residents decide to holiday here. I also believe that British farming may benefit from becoming more competitive to its own people with higher quality products that we don’t have to import.

We have been very pleased by the positive surge in the UK stock markets since Brexit. Of course, there is much more to come, but our clients are currently sat on handsome gains. Our clients Proactive model portfolios and Ethical portfolios have enjoyed a very pleasing year and we believe that they are really well positioned to take advantage of the next stage in the Brexit story.

I cannot state that a weaker Sterling is all good news. However, I do wish that our media could present a more balanced opinion. As with all things, there are winners and losers. Our job as wealth managers is to spot the difference and make the best from it.

If you have any concerns or questions, please don’t hesitate to contact us.