As the son of a Baptist Minister, every talk from my Dad always seemed to have three points!  These were aimed at helping his congregation to remember his message.

I look at the economic situation today and the amount of information can be overwhelming.

To that end, I always go back to basics and try to filter my thoughts into points. So here is my sermon for today, starting with point one!

For markets to recover, the first thing they must do is calm down!

One index we consider is the VIX Volatility index. I tend to refer to this as the ‘fear index’. Global market realised annual volatility has averaged around 15.3% since 1990. Today it stands at around 78%. If it is any consolation, the level has been as high as 90% in the past. Nonetheless, we are currently experiencing extreme markets.

Last week I said that I was concerned by the over exuberance of markets. This behaviour is often driven by a fear of missing out and machine trading – not necessarily common sense and fundamental data.  Goldman Sachs estimate that 70% of trades are now carried out by machines.

Since my last commentary, the FTSE 100 is down by nearly 4% at the time of writing. This supports our view that markets were getting ahead of themselves and it may well be a good thing. I now am watching for signs of reduced market volatility.  We all want recovery, but it needs to be sustainable.

The FTSE 100 faces a big challenge which worsens with every day of the lockdown. A few weeks ago I shared how many UK companies were buying back their own shares. This is usually a positive sign and can pave the way to recovery as it did in 2009.  The rules of the Government bailout package are that any companies receiving Government assistance may NOT buy back their own shares.  I am concerned by the impact of this rule – although I completely understand why it is in place.

In addition to this, UK banks have ceased dividend payments to their shareholders. This behaviour has spread across many FTSE companies. One fund house currently estimates that around 45% of ‘usual’ dividends on the FTSE 100 will be lost in 2020.

The current market news is extreme. I believe that this explains our Rollercoaster markets.  The problem with a rollercoaster is that you will get hurt if you attempt to bail out ‘mid-ride’.  We can see the tracks ahead and we know that a calmer ride will come. Hang on!

Our client portfolios have been well protected from the full effects of the market volatility showing less than half the losses of the FTSE 100 over the year. This is no reason for complacency but we are in a good position so far.

Global stimulus pumped into the financial system in the past six weeks has now surpassed the entire stimulus packages of the 2008/09 financial crisis.  Yes! You read that correctly.

This market stimulus is on another level but it has worked so far, clearly saving the US Bond market from entering a financial crisis all over again just a couple of weeks ago. I believe that policy makers have learned from the recent past and this is why I am much more positive about recovery.

The question is; what is likely to happen as a consequence of this stimulus – once recovery is under way?

I love history and I often find it a lens through which we can try to solve todays puzzles. The impact of the 2008/09 QE was a huge rise in assets such as shares, bonds and property.  This caused two problems – massive asset inflation and the emergence of populism because the rich became richer whilst the rest became poorer.

My early guess at the future, is that Western Governments will do just about anything to avoid populism again. This means governments that are less focused on paying off debt and more focussed on public spending. In turn I believe this will put money into the hands of people who will spend it this time around.

We need to brace ourselves for inflation in a while and we shall be looking at how we can build in some protection for our client portfolios.

The Opec + deal this week to cut oil production by 10 million barrels per day is a move in the right direction for oil companies. Whilst the price of oil has not risen yet, it shows that the Opec nations can get back around the table to work out their differences. I also believe that global demand for Oil will increase now as more and more countries return to work.

Furthermore, world markets are becoming more immunised to CV 19 news. I said that this would happen in previous articles as markets tend to overreact to ‘the unknown’ and then harden to the same repeated news.  To this end, I personally do not see resurgent cases throwing markets into another melt down – unless those resurgent cases occur on such a large scale that they force countries back into lockdown.

We are hearing how the massive Nightingale overflow hospital in London is barely in use with only 19 of its 4,000 beds recently reported as being occupied. This news is repeated throughout the UK where overflow makeshift hospitals are not being used and even previously cancelled operations and Cancer treatments are now being rescheduled.

Governments around the world have worked collectively and diligently to prevent this epidemic becoming anything like as damaging to human life as previous ones such as the Spanish Flu of 1918 which took the lives of 20-50 million people globally and the Asian Flu which accounted for around 14,000 deaths in the UK alone in 1958.

I believe that the UK Government now has the upper hand against this virus. It is critical that they produce a plan for what happens next. A bit like the boxer who has covered up and weathered the storm of blows from his (now tired) opponent – the UK must strain every sinew of its ingenuity to come out fighting – or the cost of this fight will be catastrophic for our jobs, savings, security and future society.  I believe we can all come out of this far faster than the doom and gloom ‘experts’ are predicting – but the fightback needs to be soon. 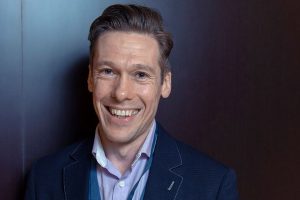