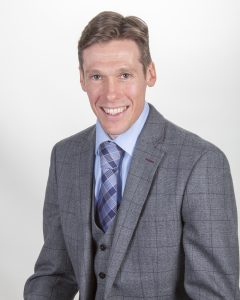 Two weeks ago, I explained how I wished for calmer global equity markets which could pave the way for recovery. My wish came true, the ‘kangaroo markets’ calmed, and we took advantage of this – swiftly repositioning our clients’ portfolios.

Last week, I wished for our Prime Minister to return. I said how a positive appearance could lead the FTSE 100 up into the elusive 6,000 point territory. Once again, my wish came true (at the point of writing).

We have seen more good news this week as South Korea reported no new domestic cases of the virus, Oxford University reported fantastic progress on the Vaccine and US firm Gilead successfully argued that their drug Remdesivir does help reduce the symptoms of the virus.

This three pronged attack of good news has sent global markets upwards and is great for our client portfolios. This sounds fantastic, however, such a market surge takes us technically into Bull territory – where everything charges on upwards. Something feels wrong with this as the world isn’t free of Coronavirus at this stage and the actual cost upon the global economy hasn’t truly been seen yet.

For the past few months, I have argued against the gloomy ‘U-Shaped’ market prediction from some analysts. This is because these ‘experts’ fail to allow for the huge amounts of stimulus pumped into global markets by central banks. They also fail to allow for human ingenuity.  I still believe in a market ‘snap back’ but I would express caution about celebrating the whole recovery just yet.

It’s tough right now, but that word ‘Unprecedented’ is getting overused in my view. Yes, we will see monster headlines about ‘the worst ever’ contractions of growth etc. However, you only have to look at the carnage when B&Q reopened last week to know that the pent up demand in our capital market economy is massive!

Markets have had to deal with all manner of recession, aggression and depression throughout the past 25 years, and each time it felt like ‘this was unprecedented’.

I want to take you back in my time machine with a little help from some Financial Express data. Firstly, let’s go to February 1994. The world has now suffered recession for the first few years of the 90’s – caused by Oil Shocks, reduced ‘cold war’ military spending and the end of the 80’s boom.  Rioting is happening in several parts of the UK and global anger at politicians is on the rise.  Here we see the UK Equity market drop around 15% for a period of 12 months.  However, by January 1995, things were much better and UK Equity markets rose by some 57% over the next few years.

Come forward in my time machine now to December 2001. Just a few months ago, we watched in absolute dumbfounded horror as terrorists flew planes full of people into the iconic Twin Towers in New York.  The fallout of this great financial and human cost turned to market panic as investors ran from these ‘unprecedented’ risks. The UK Equity market plunged 35% over 15 months. However, it then rose remarkably by 94% over the following next few years.

Finally, like the ghost of Christmas ‘not too past’, let us stop at the January of 2009. The Lehman Brothers collapse at the end of the previous year had sapped investor confidence as central banks around the world desperately battled to pump liquidity into bond markets. Nothing seemed to be working as markets tumbled 19% in just two months. However, a stunning market rally then occurred with growth of around 62% in the following year or so.

Market collapses are nothing new. Indeed, FE Analytics calculate that the UK Equity market crashed on six occasions over a 25-year window from October 1993 to October 2018. However, they enjoyed nineteen big market rallies too.

Putting this into simple terms, they calculate that the sum of £10,000 invested in the UK Equities market would have grown to the sum of £44,572 over that 25-year period – provided it was left in the market.

They then considered what would happen if the same investor decided to come out of the market when things got tough. They removed just 25 of the best days from their calculation, assuming that the investor decided to sit out the equivalent of just one day per year over 25 years. The result is staggering, as the £10,000 now becomes just £19,802 – a difference of £24,770.

Now 25 years is a long time, and many investors will aim for a period closer to 5-10 years and the past is not necessarily a guide as to what will exactly happen in the future. However, it shows us why such growth has been available through long term investing and why we can’t dip in and out of markets – every day counts.

I am noticing that many of my clients are ‘feeling it’ right now. Five weeks of lock-down with no published end date is not good for the mind. However, I believe we are heading into a time where we will see more good news than bad in the global fight against this virus.

There will likely be some market drops to come – but remember – they have always been followed by bounce-backs.

My mantra for this week is that we are one day close to normality. I don’t agree with the doomsters who say humanity will never be the same again. We will return to shopping, Church, rugby matches, time with the Grandchildren and hugging people!

We can do this.

As always, I am here for you if you need anything at all. My very best wishes.